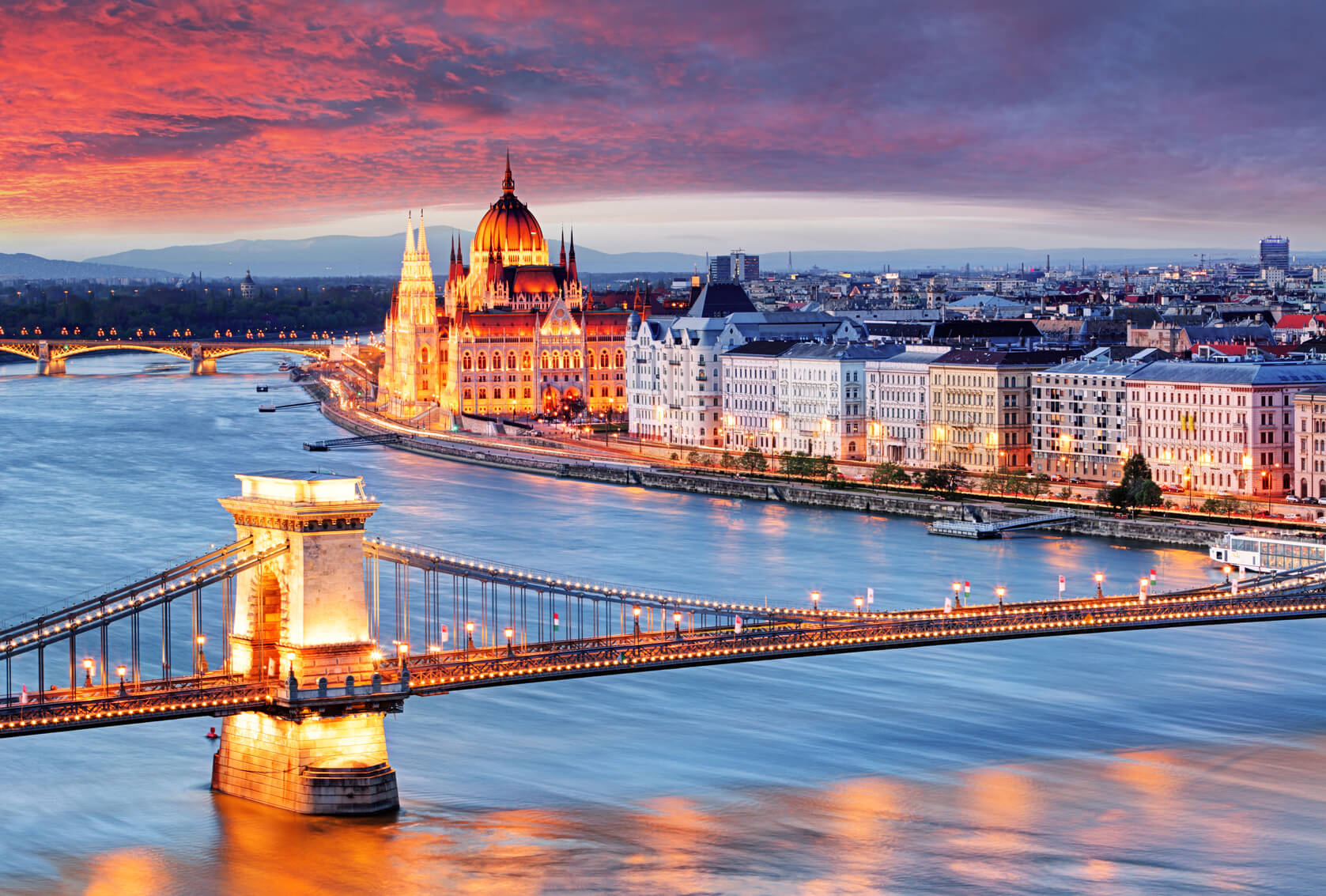 Budapest has a splendid location, surrounded by the hills and mountains of Buda, the flat plain of Pest and between them the River Danube. The riverside panorama has been declared a World Heritage site by UNESCO and anyone who has ever seen it illuminated at night can understand why.

The monuments of Budapest include a 2,000-year-old Roman amphitheatre, 400-year-old Turkish baths and unique Hungarian Art Nouveau buildings from the 19th century. The cityscape owes its uniform appearance to the elegant mansions built in eclectic style in the early 20th century.

The transport system of the city also has some interesting features. The first underground railway of Europe has been connecting the downtown with the City Park for over 100 years. In the Buda hills you can find the world’s third hill railway and a narrow-gauge forest railway operated by children.

Beneath the hills of Budapest there is a system of caves with thermal waters gushing from 80 thermal springs which supply 12 spas with 70 million litres of water daily.

House of Parliament
Built between 1885 and 1904 the Parliament building soon became the symbol of the Hungarian capital. Not only because of its size – nearly 18000 square metres – but also for its decoration, inside splendour and eclectic diversity. It is the most expensive building ever built in Hungary. The dome is 96 metres high, the same height as that of the St Stephen Basilica which is located on the Pest side as well merely 5 minutes walk away.

The Heroes’ Square
The Heroes’ square is one of the most visited sights of the Hungarian capital. It is situated in front of the City Park, at the end of the Andrássy Avenue, one of the most important streets of Budapest and a World Heritage site.

Saint Stephen’s Basilica
Saint Stephen’s Basilica is the largest Roman Catholic church in Budapest, it has the second highest ecclesiastical status in Hungary. The building was built in 1851 in classical style amd the inside was decorated by famous Hungarian painters and sculptors, using 50 different types of marble.

The Castle District with the Matthias Church and the Fishermen’s Bastion
After the Mongolian conquest in the 13th century, King Béla IV. ordered fortresses to be constructed made of stone. The building of the Matthias Church (Church of Our Lady) was built in 1255 in Gothic style. The North tower still preserves some parts of the original church. Under the reign of King Matthias it was enlarged and renewed and he had both of his weddings here. His coat of arms with the black raven is still visible on the South tower. That is why the commonly used name of the church is Matthias Church.
On the top of the old fortress walls, the Fishermen’s Bastion was constructed between 1895-1902. It is named after the fishermen’s guild because in the middle ages this guild was in charge of defending this part of the castle wall. The Matthias Church and the Fishermen’s Bastion are the most beloved sights of the Buda Castle District.

The Gellért Hill and the Citadel
The Gellért hill received its name after St. Gellért who came to Hungary as a missionary bishop upon the invitation of King St. Stephen I. around 1000 A.D. The St. Gellért monument and its fountain representing his martyrdom can be found on the North-Eastern slope of the hill facing the Elisabeth bridge. The fortress of the Citadel was built by the Habsburgs in 1851. The top of the Gellért Hill is a strategical point from where one can have a view of both Buda and Pest.

The Opera House
The Opera House was opened in 1884 in the presence of King Franz Joseph. It was built in neo-renaissance style along the famous Andrássy Avenue. The facade is decorated with the statues of renowned composers and the Greek Goddesses of art.

Municipal Zoological and Botanical Garden
The Zoo is situated in the City Park and it was established in 1866. It features several examples of the Hungarian Art Nouveau, such as the main gate.

Margaret Island
Lying in the centre of Budapest and the River Danube, the island can easily be accessed on foot from both banks of the river or by bus. Closed to automobile traffic, it is a scenic island of peace and quiet with some trees that are hundreds of years old. You will also find here the colourful tapestry of a rose garden, a thermal spring in an evocative Japanese-style garden and a waterfall. Musicals are staged in the open-air theatre at the water tower. The ruins of a 700-year-old Dominican and a Franciscan church and monastery are the island’s historical monuments. In the belfry of the Premonstratensian chapel, the oldest bell in the country can still be heard.

For a more comprehensive list of attractions in Budapest, check out these pages about religion, architecture, history and music.

Danube Bend
The Danube Bend offers some of the country’s finest landscapes, where the river passes between the hills and turns south. Formerly the property of the Crown, this land was the scene of major historic events in Medieval Hungary.
Visegrád: situated on the abrupt loop of the Danube beneath steep hills, Visegrad was once a  stronghold on the border of the Roman Empire and the second home after Buda to Hungary’s royalty in the 14th and 15th centuries.
Esztergom: Esztergom combines history with a small town’s riverside charm. One of Hungary’s most historically important towns, it was the capital for over 250 years and the birthplace of their beloved first king and saint, Stephen, who was later crowned here in the 11th century.
Szentendre: ‘The Pearl of the Danube Bend’, is a quaint old market town situated on the slopes of the Pilis range, with a charm and character of its own.

For a one-day excursion to the Danube bend, check out this page.

Gödöllő
The Royal Palace of Gödöllő is one of the most important and largest monuments of Hungarian Palace architecture. Its builder, Count Antal Grassalkovich I (1694-1771) was a typical figure of the regrouping Hungarian aristocracy of the 18th century. He was the president of the Hungarian Chamber and confidant of Empress Maria Theresa (1740-1780). During the reign of Franz Joseph it became the favoured Hungarian residence for the Austro-Hungarian Royal family. The Emperor’s wife, the highly admired Queen Elizabeth, also known as Sissy, especially loved Gödöllő. The baroque theatre, a unique one in Europe, has also been restored, and after 200 years, has once again become a working theatre.

If you would like to see the palace for yourself as well as a spectacular horseshow, click here.

Etyek
While the village and the surrounding region comprise, in legal terms, the newest wine-producing region of Hungary, in fact it’s the oldest one, as grape production here started in Roman times, as early as the 2nd century AD. During the communist era in Hungary, the entire production of the region was devoted to champagne manufacturing (Hungarian champagne is of great quality), because the acid content of the grapes here is ideal for that purpose. Today, most of the wine produced here is made in small, family-owned units; some vintage wines have won international awards. 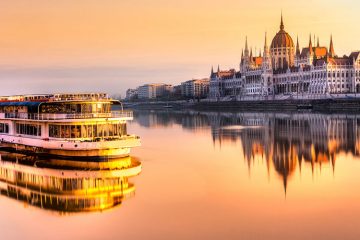 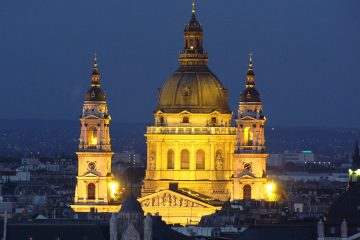 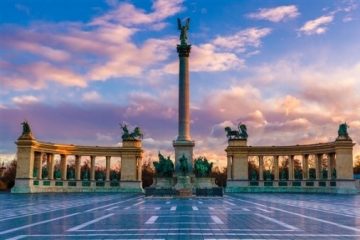 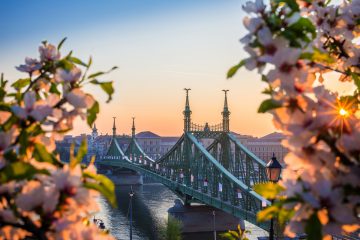 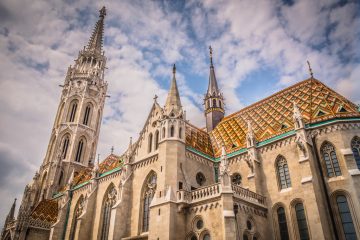 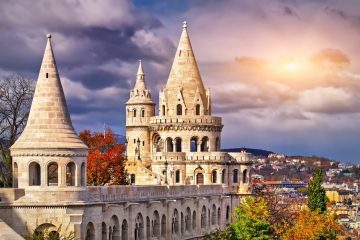 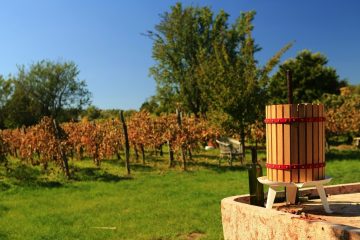 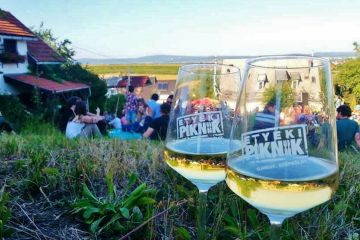 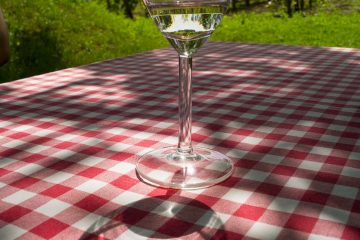 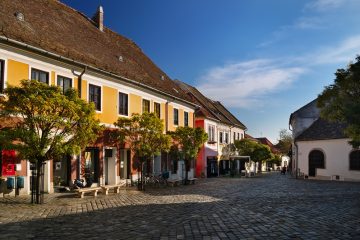 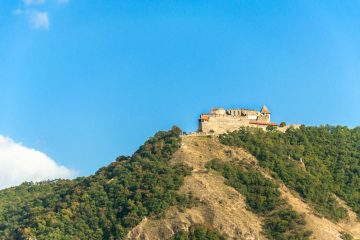 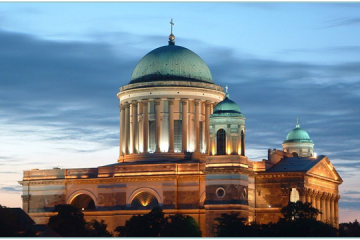 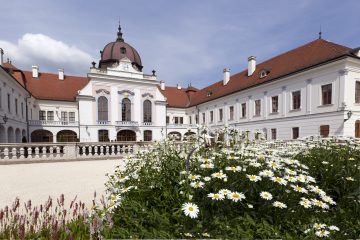 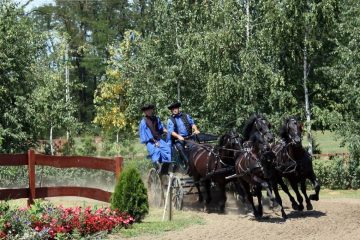 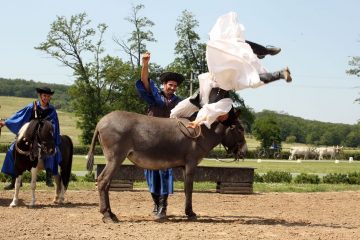